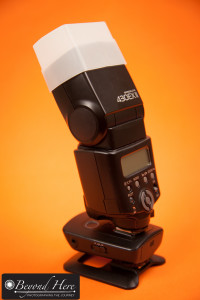 Do you want to learn to use your flash off the camera? And make a huge improvement in your flash photography? In this post we look at how to use flash triggers.

What are flash triggers? Flash triggers are small accessories which allow you to place your flash off your camera (they need to be within the triggers range). When you have learnt to use these, you will no longer be restricted to having the flash sitting on top of the camera. If you want the flexibility to create directional light with your flash – read on for how to use flash triggers.

How to use flash triggers?

Flash triggers are sold singly or in pairs. To get started, you need a pair of them. The flash is mounted on top of one trigger as in the picture on the right.

The other fits into the shoe on top of your camera – as shown in the second image.

These images show the flash triggers which I use – they are called Cactus Flash Triggers V5. A pair of these triggers currently costs A$90 at the online store I use. 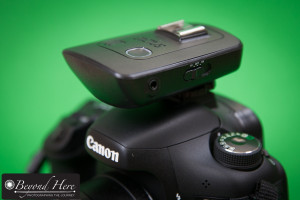 Flash trigger attached to the camera

What settings to use?

Each trigger has a small switch on the left hand side (see the image on the left and the picture below).

When you press the shutter it sends a message to the transmitter, which sends a pulse to the receiver, which then fires the flash. 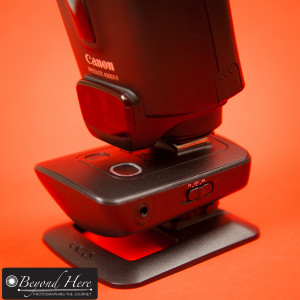 Set the trigger attached to the flash to Rx

There is a further switch on the right hand side of the trigger (not shown in the images here). It has a number which relates to a channel. Make sure you have both your transmitter and receiver set to the same channel so they can “talk” to each other. For example, set them both to number 7.

When to use flash triggers?

Flash triggers have many uses. I use mine most often in the studio for additional light, at weddings to create directional light, to light interiors when photographing rooms, and in my stock photography work.

I wrote an earlier post on how to create images with white backgrounds which makes use of flash triggers.

Has this post been useful to you? Has it demystified flash triggers and off camera flash? Has it given you confidence to give it a try? Do you have any questions about flash triggers?