I love to share good news stories and experiences to help us run our businesses better. This week I’ve got a bad news story to share. There are lots of lessons to learn from this one – and they are all about how not to run your small business. (I’ll try to focus on the lessons and avoid a rant!)

I am currently planning a stock photo shoot where I need an environment that looks like a shared working space or creative collaboration area. (It’s a concept shoot for my stock portfolio with iStockphoto and Getty Images). I have researched possible locations and have found a venue which looks suitable. It is a studio space in downtown Melbourne, Australia which has two large studio areas and a rooftop outdoor space. It looks very cool and I could imagine it as a creative collaboration area or even as a workspace for a funky advertising agency. I was impressed that they also have a range of tables and chairs and props which could make it look like an active work space, and flexible enough to look like a café.

Here’s where my problems started and the lessons for how not to run your small business begin. 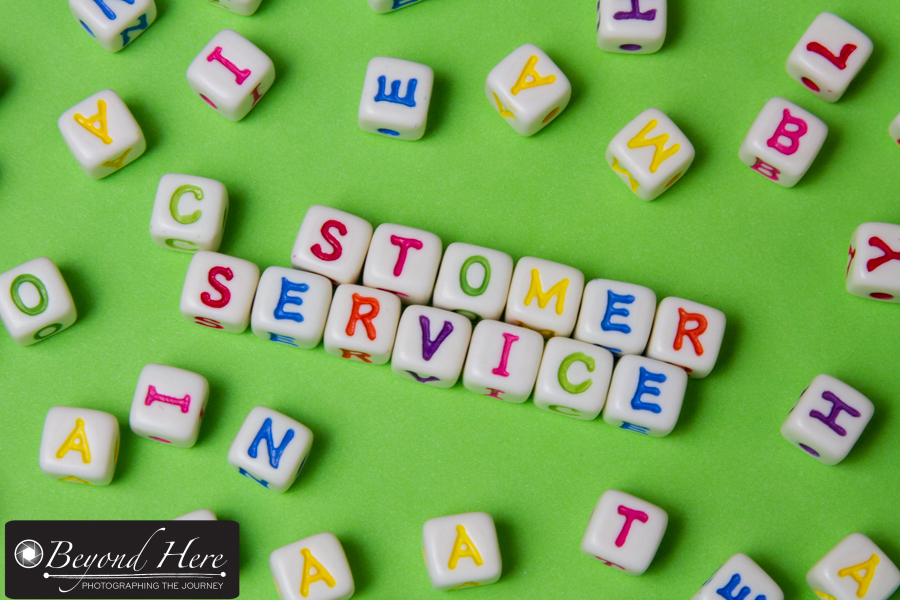 In small business, you are at the center of customer service

My first step was to call the studio to arrange a time to view the space. I was going to be in the area last Friday and wanted to visit. So on Tuesday I gave them a call. The only contact number on the website is a mobile number. I called. There was no answer. There was no option to leave a message. I thought that was odd, but I pressed on. I went back to the website and got the email address. On Tuesday afternoon, I sent an email to the only email address listed on the website.

I didn’t expect an instant reply to my email, but by Wednesday night I was wondering if they had received it and if they were going to reply before Friday.

I have been following this studios posts on Instagram for several months and was encouraged when they added a new post on Thursday. I sent them a private message on Instagram asking if it would be possible for me to visit them on Friday.

By Friday, I hadn’t received a reply to my email or Instagram message, but I was in the area and decided to visit them. Again I drew a blank. At 10.30am the studio roller door was down and there appeared to be nobody around.

As I’m writing this post it is Tuesday afternoon, one week after my first attempt to contact the studio. I haven’t had a reply to my email or Instagram message.

So, what could possibly explain what’s going on for this studio? I’m assuming it can only be one of two things. First, is that business is so good and they are so busy that they have not got back to potential clients. It is a busy time of year and it is possible that they have lots of bookings prior to Christmas. The second possibility is that business is terrible and they have more pressing issues than getting back to a potential client. Who knows, they could be in financial trouble? Or be about to shut down? Or a key person may have health issues? Or there may be other issues that I know nothing about which means they haven’t got back to me? Who knows. 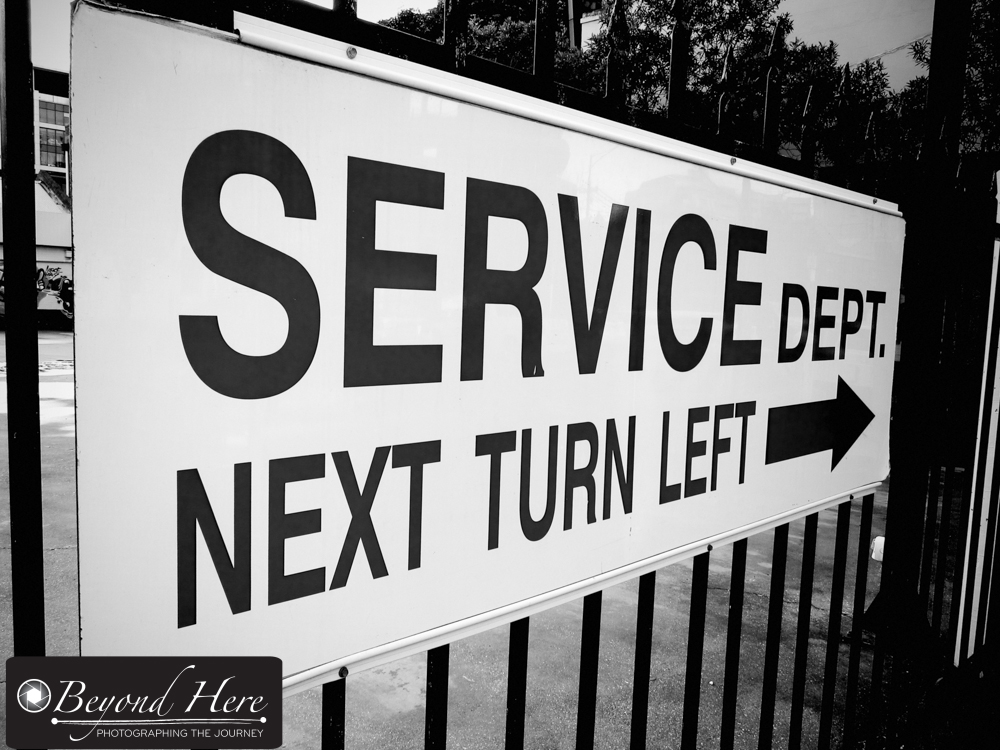 So, what are the lessons we might learn from this? I’ve come up with five. If you have some to add, or want to share your own experience please add some thoughts in the comments section below.

Thanks for taking the time to read how not to run your small business. If you have an experience to add for other readers, please use the comments section below. And to finish this post on a high, please read this post about a great customer experience I had.

iStock is one of the large players in the microstock photography market, an industry where thousands of photographers are earning an income from their images. During October 2016, iStock announced changes to iStock royalty payments most of which come into effect in 2017. (At the same time, iStock are making changes to the technology they use and the tools and reporting they provide to contributors). In this post, I look at the changes to iStock royalty payments. 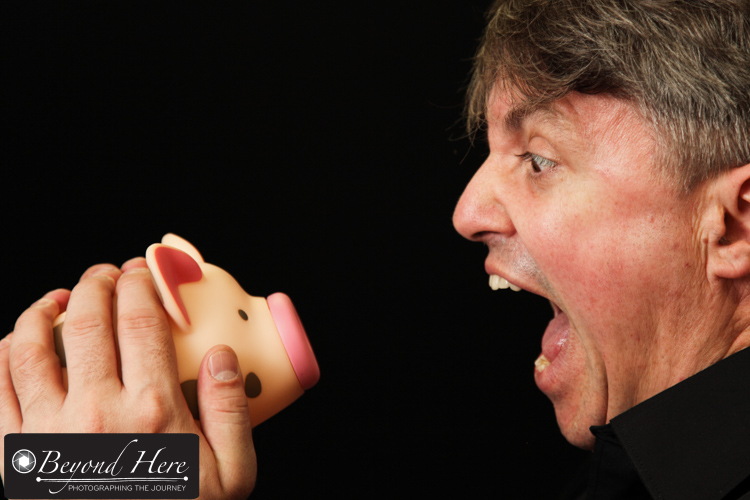 Why Change? The microstock photography market has changed very significantly in the last 5 years, which has meant iStock needs to change it’s royalty payment structure to reflect the industry’s new realities. For iStock itself, the biggest change has been a movement away from ‘credit downloads’ to the ‘subscription’ model.

iStock was initially built on the credit download model – where a customer would purchase credits and then redeem those credits when they bought images. The subscription model has superseded the credit model for most frequent customers.

Until now, iStock’s royalty system for paying contributors has not kept pace with the change in the industry.

So what’s changing and what does it mean? The changes are in four different areas.

Change 1 – Redeemed Credits. The redeemed credit system was introduced to encourage contributors to continue to upload fresh, relevant content. It was based only on ‘credit downloads’ and so has not been effective in recent years (if ever!) The redeemed credit system is being replaced by a revised system which recognizes all types of sales, not just credit sales. The good news is – all sales will be recognized. The bad news is the system and targets have not been announced yet. iStock have advised that contributors will start 2017 on the same royalty level as they finish 2016, and that the targets will be announced before the end of the year.

In summary, we will have to wait and see what the system and targets look like.

Change 2 – Exclusive Royalty Rates. This is a change without much change. Exclusive contributors currently earn between 25% and 45% royalty rate depending on which tier they have achieved under the redeemed credits system.

This royalty structure stays the same. The change is that all downloads will be recognized and that Signature+ collection downloads will count double. The impact for an exclusive contributor will depend on the system that replaces redeemed credits – so again, this is a case of wait and see.

After these changes, all downloads will be recognized (good), and it will be helpful to have files in the Signature+ collection. 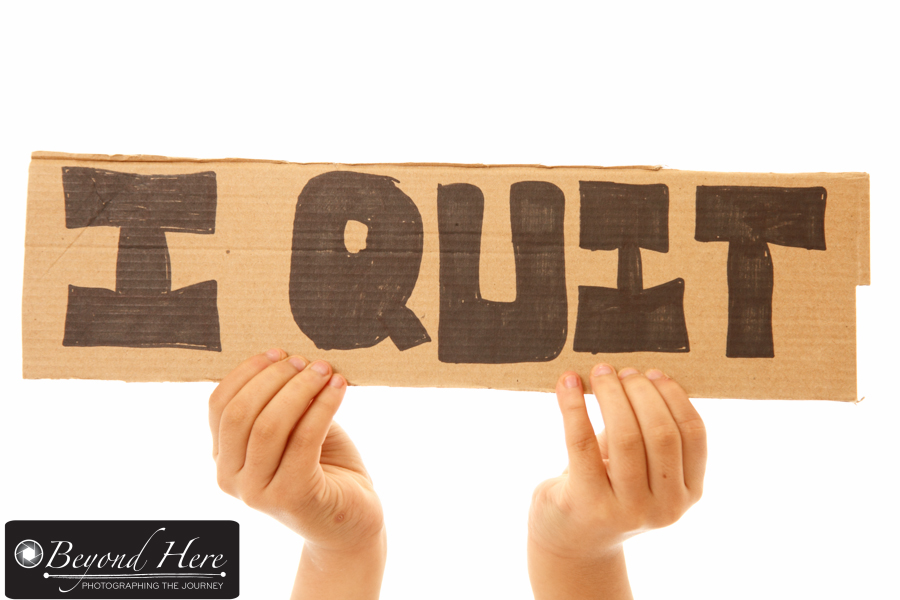 Non exclusive contributors will not like the 15% flat royalty rate

Change 3 – Non Exclusive Royalty Rates. From later this week (25 November 2016) royalty rates for non exclusive contributors move to a flat 15%. Previously the minimum you could earn was 15% – and you could earn more by meeting the redeemed credit targets.

They are looking to encourage exclusive content so that they can compete with other agencies based on the content they provide (in addition to the functionality of the site and price).

This flat fee is being replaced by a ‘price per file’ system where the exact amount will vary based on the number of downloads a client makes and the price they paid for the subscription. In some ways, this makes it less transparent but I like that the contributors interests and iStock’s interests become aligned in this process. The contributor will share in the rewards with iStock. The exact impact on a contributors income will be seen in the next few months.

So what does this all mean? The changes to iStock royalty payments are recognition that the current system is not working effectively given the industry move to a subscription driven model. In that sense, change is good.

The changes announced significantly favor exclusive contributors over non-exclusives which will force some contributors to make a choice which camp they would like to be in.

Overall, I am encouraged that iStock are adjusting their royalty structures to reflect the new realities of the industry. If anything, it is a bit late, but I am optimistic that 2017 will bring stronger returns from iStock.